Hmm. Intriguing. Pehli Mulaqat toh ho gayi, doosri mein thoda time lag gaya nahin? That happens too in our business, a lot. A great first meeting, a strong mutual desire to take things forward and then an inexplicable silence, nothing at all for ages. But that’s another story.
ANAND AUR ANAND
So this was when I’d just finished work on my DV feature (post my wonderful time with Manjul) and was trying to get back into writing for TV. I’d heard that this Production House was doing some interesting work in the crime thriller space. So I go the number of the person in charge from a friend who knew the Producers and cold called him. You’ve probably heard of the standard – “Don’t call us, we’ll call you” brush off. Well that’s exactly what I got…
I’d hardly even managed to blurt out my name, say that I was a writer and I wanted to work with them when I was curtly informed that they’d get back to me. And before I could even remind them that they didn’t have my number seeing that I had called on their land line, the dial tone had put an end to the conversation.
Naturally I thought koi scene nahin hai and I should try somewhere else. I couldn’t have been more wrong. And this is where the story gets really bizarre.

Less than 2 hours later I got a call from the same person at the same Production House. Saying what? That they were doing a crime show and they needed a writer and they’d heard that I was very good and when would be a convenient time to meet and figure how to get started.
You could have knocked me over with a feather. I thought that maybe they had caller display on their phone, that they’d decided it was worth giving me a shot.
Then they said that they’d got my number from the owner of the Production House who was at that point in another city. And that’s when the pieces fell into place. 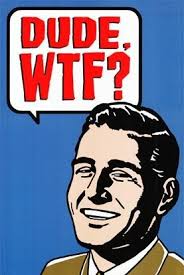 There was no connection between this call and my call. To them the guy who’d called in the morning was some general Anand, some stupid struggling writer who was desperate for work. Whereas this was Anand Sivakumaran, recommended by the Producer himself, a Writer of obvious worth (essentially what had happened was that the same friend who’d given by the number of the local bloke has also put in a word to the Producer as well). So in less than 120 minutes I went from FO fathhru to Would you please come and meet us Sir.
Cinderella has nothing on me.
AAJA MERI GODI MEIN BAITH JA
This is a truly riotous tale. And a lot of people still don’t believe it. But it’s true.
So there was this one Production House, a very successful one that I had never worked for. Simply because of the stories I had heard about the head honcho, a supposedly very temperamental lady.
And then one day I got a call to come and meet her. I demurred, made excuses, I didn’t want to work for them.
But thankfully my spirit of adventure triumphed over my laziness and I decided that I had nothing to lose by meeting her. If nothing else it would be an interesting experience. And what an experience it was!!!
It all started rather innocuously. I was summoned to the lady’s cabin where she greeted me quite politely and sweetly (in total contrast to all the horror stories I had heard, in fact I must reiterate throughout she was really, really nice).
She wasn’t alone, there was another young woman there, a Creative Director or some such species. Her presence didn’t surprise me, I presumed she was there to talk about a particular show they wanted me to work on. I was wrong.

I sat down and made myself comfortable and the lady in question did the same. Only she didn’t sit down. No siree.
Her CD sat down on a couch and she lay down putting her head on the former’s lap!!!
I am not kidding nor making this up. I think of myself as creative and gifted with an extraordinary imagination but I would not have able to come up with something like this.
It did happen.
I could have gotten offended by it – I know some fellow writers whom I’ve told this story to find it quite insulting. But truth is I was just cracking up. The hardest thing for me to do during the entire meeting was to not roll on the floor holding my sides. It was downright ridiculous.
One woman sitting staring at me expressionlessly. And another lying on her lap prattling away…
Nothing came out of the meeting work wise. But in terms of life and living, this was probably one of the most amusing, entertaining meetings I have ever been part of.
Totally worth it.
KARNA THA INKAAR
And to wrap up a sweet lil memory.
I had been roaming around for over a year with my kids’ film Chickotee, absolutely unable to get a single studio or Producer interested. It was kids, it was too small budget yadi yadi ya…
And then my dentist, yep the lady with the needle and drill (don’t be scared, she’s the gentlest, sweetest, most adorable dentist in the world, the only dentist you’d actually be happy about having an appointment with – take a bow Manveen) suggested I speak to her friend Atul.
And I did. Only when I called up, he politely and sweetly told me that he was already working on four films, there was no way he could take on one more. But there was no harm in meeting.
I went, with absolutely no expectations, after all Atul had made it clear that he wasn’t in a position to be involved with my movie.
The prelude to the meeting wasn’t encouraging. I couldn’t understand Atul’s directions and ended up chasing my tail all over Oshiwara for over 3 minutes before finally stumbling on to his office. By then I had pretty much decided that this was going to go nowhere and was feeling considerably sorry for myself and very pissed with the industry at large.
Cut to two hours later. I walked out beaming, traipsing on clouds.
Why? Atul had decided that he liked me, liked Chickotee  and was willing to produce the film. And the rest is history.

What happened in those two hours? I guess we just hit it off. And what had seemed like a definite dead end turned out to be the beginning of an amazing, awesome, exhilarating journey.
This was with my first meeting with my current producer Atul Pandey with whom I’m doing Money Devo Bhava and Chickotee. 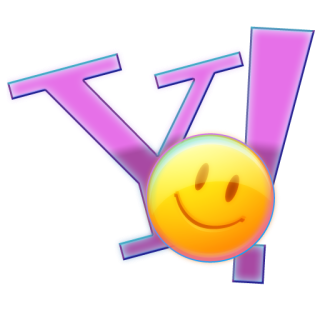 The lesson in this story? Don’t give up. Knock on every door, keep hustling, keep writing, keep going. You never know when your moment will come. Be open to everyone and every possibility. And keep the faith. If God has given you a dream, He will also provide you with the means to make it happen.
And on that stirring note, Merry Christmas. (except for those of you in Canada where it’s politically incorrect to bring religion into greetings, or so I’m informed. For you guys – Happy Holidays).
‘Nuff Said.
Anand Sivakumaran

Posted by rangmunchtv on December 24, 2011 in anand sivakumaran, chickotee, money devo bhava, Rangmunch.tv, What the F*$#?