Every end gives way to a new beginning. So with the end of Kaun Banega Crorepati Season 5 and Prayashchit: Gunahon ke Zakhm, Sony Entertainment Television is all set to bring to your screens two refreshing, captivating and fun filled family dramas – Dekha Ek Khwaab and Parvarrish, premiering on November 21, 2011.
Dekha Ek Khwaab -The unusual ride of Monia from a Chawl to a Palace! The premier episode will illustrate Monia’s life in the Chawl where she stays with her father! While Monia will be seen compelling her father to allow her to take up a job, on the other hand audience will be familiarized with grandeur and elegance  at Rajmahal of DevGarh where the leading ladies of the Rajgharana will be seen doing a photo shoot  for a lifestyle magazine!
Come meet Monia and explore her world and witness the story unfold only on the first episode of ‘Dekha Ek Khwaab’ at 8:45 p.m. on Sony Entertainment Television… 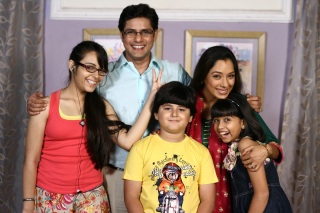 Parvarrish… kuchh khatti kuchh meethi – Parvarrish is an interestingly woven family drama about two sisters, Sweety Ahluwalia and Pinky Ahuja, who are caught up in a hearty sibling rivalry in their attempt to be a better parent. Each has a different set of beliefs and a different take on how one needs to bring up their children and like all the parents in today’s world, both the sisters and their husbands have a different point of view hence play different roles at different points and times in their children’s lives.

Witness Pains and Pleasures of Parenting with ‘Parvarrish… kuchh khatti kuchh meethi’ at 9:30 pm on Sony Entertainment Television!
Join Monia as she UNFURLS her dreams and DISCOVER  diverse roles that Parents play for their kids as Dekha Ek Khwaab and Parvarrish premiere on Sony Entertainment Television on Monday 21st November.
Edited by:
Swati Ghosh
Rangmunch.TV
Leave a comment 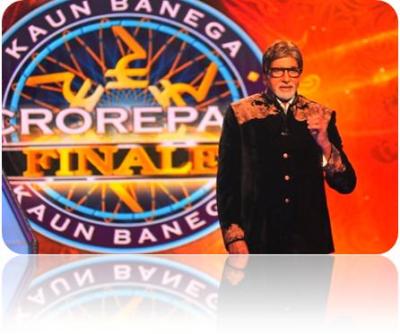 Adar Aadab Abhinandan Abhar… Welcome to Panch Koti Maha Money; Kaun Banega Crorepati Grand Finale.
KBC has finally come to the end of yet another season. Today Sony Entertainment Television along with all its viewers will bid goodbye to this most popular game show and the Legend Mr. Amitabh Bacchan.
Kaun Banega Crorepati Season 5 will be remembered for all the good reasons like having the highest prize money of Rs.5 Crores, Mann Chaha Padao which allowed the contestants to choose the base prize money as per their comfort and play accordingly. It also had a surprise for the viewers who loyally watched the show sitting at home in the form of Ghar Baitho Jeeto Jackpot.
Every contestant had their own reasons to participate in the Game. While they came to try their luck in fulfilling their dreams and make some quick money, one thing that went common with each and every participant was the idea of sharing the stage with the iconic BIG B. While some contestants played brilliantly and got famous overnight by winning huge prize amounts, some went back home empty handed. But one thing is for sure, money or no money, every contestant carried back an experience that they will cherish for life.
Even in today’s episode of KBC there are loads that one can look forward to!!! Audience will get to see once again the hero of the season Sushil Kumar on the hot seat, answering the questions of the audience. Also watch our King of Bollywood and host Amitabh Bachchan bidding farewell to the audience.
All this and more coming your way on KBC, tonight at 8.30 pm only on Sony Entertainment Television. So join in the Grand finale and be a part of your favorite show!!
Swati Ghosh
Rangmunch.TV
Leave a comment

The Finale Week of KBC!!!

The latest buzz in B-Town is coming straight from the sets of Big B’s quiz show Kaun Banega Crorepati.
From Shaadi Mubarak to KBC!!! Viewers will now get to see their favourite jodi Bitto and Shruti on the hot seat of Kaun Banega Crorepati. The Finale week will mark the entry of various well–known faces from Tinsel town. The latest being Anushkha Sharma and Ranvir Singh of Band Baja Baarat fame.
It so happened that before the shooting began; Anushkha and Ranvir were busy in a quick Dekho of the sets of Panch Koti Maha Money Kaun Banega Crorepati when Big B passed them for a quick rehearsal! Both Anushka and Ranvir were heard saying that they were complete awestruck after Big B crossed them and almost froze!!! Kya karenge, such is the effect of Senior Bachchan!!!!
All this and more coming your way on KBC, tonight at 8.30 pm only on Sony Entertainment Television. So join in the finale week  and be a part of your favourite show!!
Edited by:
Swati Ghosh
Rangmunch.TV
Leave a comment 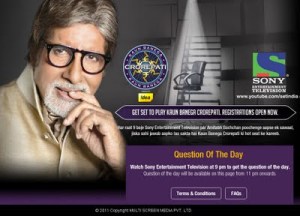 Welcome KBC.! The show is hit the no 1 spot replacing the ever popupar Saathiya Saath Nibhana for the very first time with a super duper TRP
Television Rating : 8.03%

The show for the first time has slipped to no 2 place after being at no 1 for 6 consecutive weeks.
Television Rating : 6.73 %

The show keeps it good at  no 3 position
Television Rating : 5.1%

The realism is what makes the show tick .
Television Rating : 4.22%

Hats of to the Creative team for taking the show to no 6 spot.
Television Rating : 4.18% 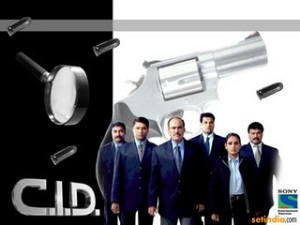 The show maintains a safe spot at no 8
Television Rating : 4.02%

Have a great weekend and see you next week, same time , same place only here on Rangmunch.Tv

With the new twist , the show rocks harder than ever.
Television Rating :5.06%
Kaun Banega Crorepati ( Sony )

Demand for the show is on a rise
Television Ratings :4.11%
Balika Vadhu ( Colors )

The confession time between the leads is nearing giving  a  subtle jump to no 7 spot from no 8
Television Ratings : 3.42 %
Pratigya ( Star Plus )

Welcome back in the game !
Television Ratings :3.36%
Diya Aur Baati Hum ( Star Plus )

Sandhya and Suraj complication Continues
Television Ratings :3.11%
We’ll be back next week with more from the TRP charts. Till then take care and have a nice weekend.
Navyanka
Rangmunch .Tv
6 Comments

Big Boss is back with  bang and makes an entry to the TRP list
Television Ratings : 4.25%
Kaun Banega Crorepati ( Sony) 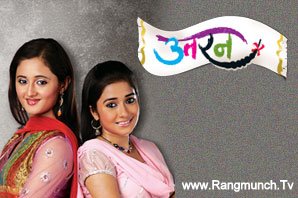 The show shows consistency for weeks now and is at a comfortable place.
Television Ratings:3.64%
Iss Pyar Ko Kya Naam Doon ( Star Plus )

We welcome this new love story into the TRP list and hopes it rises  slow and steady.
Television Ratings: 3.62 %
Crime Patrol ( Sony )

The show has slipped down to the 10th spot .
Television Ratings :3.49%
We will be back next week with more fresh ratings
Edited by
Navyanka
9 Comments

Kaun Banega Crorepati celebrates the Birthday of their dear Host, Mr. Amitabh Bachchan! The 69 year old Mr. Bachchan is greeted by the audience as everyone sings birthday song for him on the sets of KBC.
Our first lucky contestant tonight is Garima Sharma, a student from Jaipur, Rajasthan. She is a very talkative girl who recites few beautiful lines for Big B on his special day. Not only this, she requests Amit-ji to exchange his seat with her so that she can also fulfill everyone’s wishes as Mr. Bachchan does. Garima plays a good game with her intelligence and takes home Rs. 12,50,000.
Next on the hot seat is Sujata Wankhede Pulgaon from Vardha, Maharashtra. She is a school teacher by profession. She reveals that her mother is a huge fan of the Legend, Mr. Amitabh Bachchan. She further says that her 3 year old son loves Abhishek Bachchan and requests Big B to share any experience of Junior Bachchan when he was a kid. To this our humble host reveals an incident about how, when once late Amjad Khan aka Gabbar of Sholay came to their house and on seeing him Abhishek came running to Amit ji saying ‘Gabbar aya hai aap use maro.’ On hearing this everybody bursts out laughing!!! Sujata wins Rs. 6,40,000.
So don’t forget to watch KBC, tonight at 8.30 pm only on Sony Entertainment Television and be a part of the game as well as the birthday celebrations.
Rangmunch.TV also wishes Mr. Bachchan a very Happy Birthday. May God always bless him with Love, Happiness, Success and Good Health!!
Edited by:
Swati Ghosh
Rangmunch.TV
Leave a comment

Posted by rangmunchtv on October 10, 2011 in Kaun Banega Crorepati

Must Watch: Dussehra Celebrations on KBC!!

On this auspicious day of Dussehra, KBC too celebrates the victory of Good over Evil. Host and Legend, Mr. Amitabh Bachchan welcomes all the contestants in a dashing red attire. This special episode starts with a colorful depiction of Ramleela.


Next on the hot seat is Mamta Vishwakarma, from Nainpur distt, M.P. She wants to take Johnny Lever to a National Park!! She reads a shayari for Mr. Bachchan and tells him that she wants to make a film on her life as she feels it’s very similar to that of Mother India’s story!!


Don’t miss out on the opportunity of hearing Amit ji, as he recites few lines from his father’s poem ‘jo beet gayi so baat gayi’ for Rojalin to boost her spirit!!


All this and more coming your way on KBC, tonight at 8.30 pm only on Sony Entertainment Television.