In the recent Golden Petal Award Function, Balika Vadhu bagged the maximum number of awards. Even after three years, it still continues to feature in the Top Ten Shows of the weekly TRP chart.
Rangmunch.TV spoke to Neha Marda, as she shared her journey and experience of being a part of Balika Vadhu and playing the role of Gehna.
Rangmunch: Knowing that you are still very young and the role of Gehna is very de-glamourised, what prompted you to take it up?
Neha: Balika Vadhu is a very grounded and earthy show. In this industry nothing is glamourised  or de-glamourised.The moment we step in here, our identities are revealed to the audience. We all are here to act  and our potential as an actor is what matters. My idea here is not to be a ramp model or to endorse something, but to enact a character and convince the audience of what I am not. When the character of  Gehna was introduced in the show, she was 15 years old, who due to poverty, ends  up marrying a 55 year old man and experiences sexual harassment. The Character was challenging for me and  hence I decided to play the role of Gehna and in turn declined two lead shows. It is great to know that Balika Vadhu is still very popular and loved by the viewers. So I guess my decision was the right one.

Rangmunch: You have been playing Gehna for over 3 years now. Which has been your most difficult scene till date?
Neha: The initial stage of the show was the most challenging bit. Now I have gotten so used to playing  Gehna that its become easier to comprehend the character. More than the writers, I know how Gehna will react to a certain situation because I live the character day in and day out. But as I said, the starting point was difficult. Gehna being forced to consummate on  her first night of marriage and then reflecing the subsequent pain and trauma both mentally and physically therafter was tough. Her walk, her talk, her behavior the next morning was very difficult  to enact.
Rangmunch: What kind of rapport do you share with Satyajit who plays your onscreen husband?
Neha: I will be very frank. What you see on screen is what exist off screen too. We don’t interact much.We meet and do our scenes. We greet each other at the start of the shoot and say bye when the scene is over. Satyajit is an amazing actor  to work with but since he is very senior to me, the friend chemistry didn’t work. (smiles)

Rangmunch: Are you a Director’s actor ?
Neha: Completely. I become aimless if my Director doesn’t guide me. I am a dancer too but I can never be a choreographer for the simple reason that while I can copy somebody’s dance moves,  I cannot create them myself. Similarly I also need help and guidance from my Director. I can read a scene but cannot portray it unless I’m told how to go about it. Gehna is completely my Director’s baby. He nutured her to make her be what she is today.

Rangmunch: Who is that one person you are very close to on the set?
Neha: With Anandi aka Pratyusha. We instantly became good friends the moment we met each other on the sets of Balika Vadhu as the age difference was not much. Moreover we both are from Kolkata and could speak in Bengali, which further got us closer. Another person is Sumitra aka Smita Bansal. She has been an amazing friend and philosopher. She has always been there to guide me. Infact Partyusha came later but Smita stood by me and supported me from day one.
Rangmunch: In a nutshell, what would you say about ‘Gehna’ the character?
Neha: In a typical Saas Bahu show, the leads are shown to be extremely nice and sweet, but Gehna is not so.  Frankly speaking, she is a very normal girl with grey shades. Nobody in this world is Black or White. Gehna is today’s girl who is demanding yet understanding.  She too complains. She is selfish yet selfless when it comes to her family. She will stand up for her rights and bow down gracefully if she is wrong. Gehna is a complete family girl who desires the love of her husband. Unlike the lead character, Gehna is neither too sweet nor too spicy. She is more like the evening snacks which you can enjoy even at breakfast as well as for dinner.
Interviewed by:
Swati Ghosh
Niharika Vidya Sagar
Rangmunch.TV

23 Dec
Aaja Nachle Nachle mere yaar tu Naachle….yes weekend is just round the corner and this is the most apt song that one can think of. Why? The answer is very simple mere dost!! 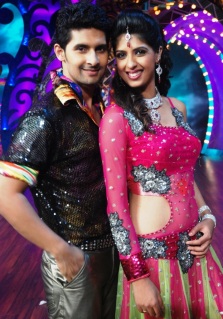 Its Friday once again on Imagine TV and this time on Nachle Ve with Saroj Khan Season 3 there is going to be a serious battle of dance between some of the best dancers in television industry. Girls Neha Marda, Ami Trivedi, Jasveer Kaur take on couple Ravi and Aishwarya and Akshat Saluja in this week’s Friday Finale with Malaika Arora and Saroj Khan.

To watch our television stars take on each other in this intriguing battle of dance tune into Nachle Ve with Saroj Khan season 3, Friday December 23, 2011 only on Imagine TV at 7.00pm.

An Institution in Herself – Surekha Sikri! 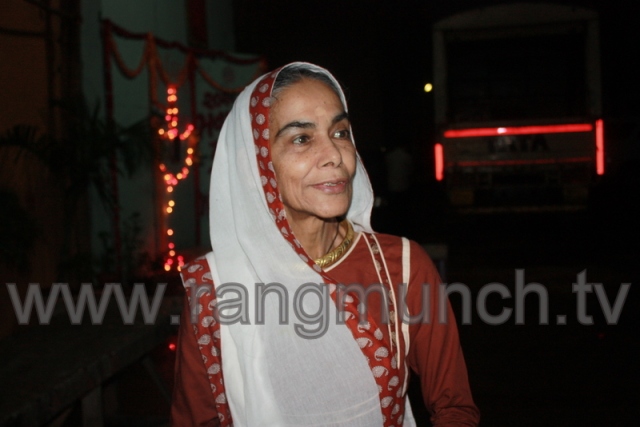 Surekha Sikri, an alumni from National School of Drama and two times National Award Winner,  has carved a niche for herself both on Television and Silver Screen with powerful roles and impactful acting.
With her brilliant portrayal of characters in films like Tamas, Mammo, Zubeida, Sardari Begum, she has time and again proved that she is not only VERSATILE but is a BORN actor. Her role in Banegi Apni Baat on Zee TV is fondly remembered by audiences even today.
Last three years her character as Dadisa in Balika Vadhu has become extremely popular and a household name. When we met Anandi’s Dadisa aka Surekhaji on the sets of Balika Vadhu, we were awestruck with her humble and down to earth attitude. Believe it or not, its just not us who are in awe of her, but every co-star of Balika Vadhu including the Director himself is completely smitten by Surekha Sikri, the Actor.
Rangmunch.TV brings to you some of the comments straight from the cast and crew of Balika Vadhu.

Siddharth Sengupta (Director): “The first time I was shooting with Surekhaji, I was very apprehensive. She is a University of Acting. Sometimes without uttering a single dialogue, just her mere presence and the way she looks, enhances the entire scene. She gives acting tips to her co-actors.
I have worked for nearly 15 years in this industry and with almost 5000 actors, most of them very good actors. I have even worked with Seema Biswas but she has been the best so far. There is a difference between dedication and devotion. She is devoted to acting. She does her homework. I have not seen this kind of homework being done by anyone. You take all the actors on one side and keep Surekha Sekhri on the other side, that is the equation. I have not worked with anyone like Surekhaji. What she does on screen is magic. You have to explain what the scene is and then after ten minutes, she comes to perform and you see magic on screen.
Balika Vadhu wouldn’t be the same without Surekhaji. It is an honor to work with her. She is somebody you can learn from.” 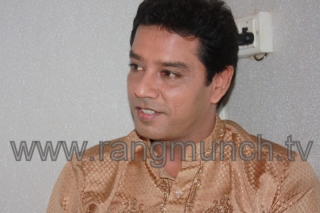 Anup Soni (Bhairav Singh): “Surekhaji is too senior to me. So when I and Satyajit joined National School of Drama Delhi, we did hear about her. But this is the first time I am working with her, and I can vouch that one can see a mark difference in the way she performs vis-a-vis those in other shows. Its actors like Surekhaji who have given variety to audience in terms of acting and have made them realise that what they have been watching on other shows is not the ultimate acting. Also her presence has enhanced the performances of all the new comers who have joined this show. I strongly believe that when you are in the company of brilliant actors, you will always perform good, provided you are eager to learn and grow.”

Shashank Vyas (Jagiya): “To be honest I was not happy when I got selected to play the lead role in Balika Vadhu. I was extremely nervous since it was already a very popular show and was worried as to how I would perform before such Veteran actors who are former students of National School of Drama. I still remember, when I came to the set, the first person I met was Surekhaji. I touched her feet and asked for her blessings and she very humbly said “ok do it, all the best. Set pe miltey hai (will meet on the set).”

This place is nothing less than an academy for me where I get to learn the nuances of acting and emoting on a daily basis, which further helps me to be a better actor. I really feel blessed to get Balika Vadhu at such an early stage of my career.”

Pratyusha Banerjee (Anandi): “Surekhaji is a sweetheart. She has mood swings but is the best person to work with. When doing scenes with her I have to ensure that I give it my best inorder to match up to her calibre and to get noticed.” 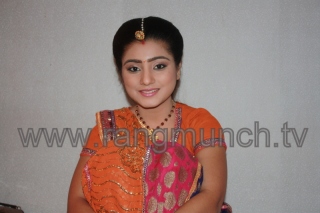 Neha Marda (Gehna): “It was a privilege to share the screen with Surekhaji. Even if the scene is not hers, she always walks away with the cake and the cherry at all times with her mere presence. Even without saying a single dialogue, and with expressions alone she does miracle. I really feel blessed for getting an opportunity to do Balika Vadhu and I would like to thank Surekhaji for being so supportive and positive while doing the scenes. Its been an amazing journey so far working with her and as everyone says, “she is an institution in herself” holds true.”


Having heard such delightful things about her from her co-stars and people who have worked with her, we are more than happy to have got a chance to  meet her and spend some time around her! Rangmunch.TV takes it as a privilege to be publishing this write up for its fans.