Arnav: So much to love! 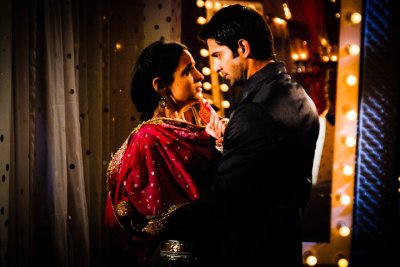 Arnav Singh Raizada, a man with many facets and each facet that only makes you love him more.
Sometimes in a moment of rage, we do and say things that haunt us for the rest of our lives. Lately Arnav has been living with a sense of guilt and remorse ever since he realized he has wronged Payal. How he wished, he had believed Khushi that night and allowed her to leave rather than thinking that she belonged to the enemy camp, who was there to sabotage his show. His actions not only humiliated Khushi that night, but also put Payal and her parents through immense grief and shattered their dreams. To avoid further embarrassment and for the well being of their family, both the sisters had to leave Lucknow and start living in Delhi.
However, to err is human but it requires much more courage to admit to oneself the wrongdoing and make an effort to mend things. Knowing how egoistic Arnav is as a Man, least did we expect him to repent and show an intense urge to give back to Payal what he had unknowingly taken away from her, in the form of his brother Aakash. He goes to the extent of joining hands with Khushi to bring Payal and Aakash together against all odds.
“The greatest pleasure in life is doing what people say you cannot do.” The precap goes to show a more humane Arnav Singh Raizada, who is not ashamed to admit his fault before Payal and apologizes for the pain he mistakenly caused her.
So don’t forget to tune in to witness a humble ASR in tonight’s episode of Iss Pyaar Ko Kya Naam Doon!
Swati Ghosh
Rangmunch.TV
1 Comment

Its a century for Iss Pyaar Ko… Kya Naam Doon !!