The Mahi Finale Version is now up for all to see!

16 Dec
As Promised, the Mahi Finale Version is now up and you can watch it here. Make note of the beautiful female version that comes in as a surprise element in the composition.
If you think this is all, then Rangmunch.TV would like to let you into a small surprise!! Raju Singh is all set to give his fans another Geet based audio treat very soon! Truly said, Geet, will never end!!!
For all updates and news related to Raju Singh, you can log onto his personal blog : www.rajusingh.com!
Have a splendid day.
Niharika Vidya Sagar
Rangmunch.TV
6 Comments 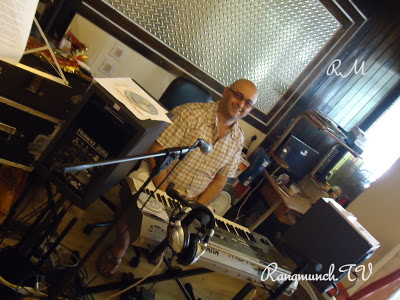 ninnu nenu premistunanu,
ami tomake bhalobashi,
maza tuzawar prem aahey,
I love you, just I love you.
Though the words are all as different
as the languages we speak,
Though the words are all unique,
our hearts are still the same
because “love” in any language
comes straight from the heart
It pulls us all together
and never ever apart!
This was a song I learnt in school, but it is today that I truly have experienced and understood what it means, because Geet has defined that to us.
Geet and Maaneet have not only created a void in the lives of their fans but the makers miss the journey too. Probably 9.30pm IST every weekday here on will no longer hold the importance in our lives the way it did till yesterday.
When Rangmunch.TV caught up with Raju Singh the Music Director of the show, we were surprised to see how he got emotional himself and confessed “In the journey of life, you know you will take a certain path and you also know that you are destined to meet certain people. However, in my life’s journey, Geet the show, has been instrumental in bringing so many of us together in such a manner, that our hearts have become one.”
As a Thank You gesture and a tribute to all his fans, Raju Singh, the maestro behind “Mahi” has decided to gift his dear fans who claim to have become friends along this journey, with the finale version of ‘MAHI.’
So brace yourselves as we unveil the tune that is all set to take you right back into the magical paradise of Maaneet land.
Good byes have never been easy, so why say them when you can live and cherish every moment that went by right here with Rangmunch.TV!
So while the show has ended we continue to bring to you the moments of this Memorable Journey Called “GEET- Hui Sabse Paray.”


So tune in to Rangmunch.TV between 11:30 -12:00 am IST today to hear Mahiiiiiiiiiiiiii !!!
Niharika Vidya Sagar
Rangmunch.TV
9 Comments

Mahi: An Anthem for Geet lovers across the globe!! 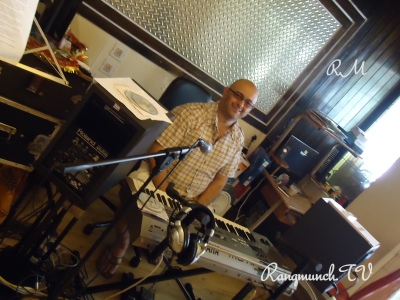 When the title of the show itself has the word GEET in it, how can the music not live up to your expectations? Your heart skips a beat the moment you hear the word “mahi” as it makes you go through unexplainable emotions. To most Mahi is synonymous with Maan and Geet who are fondly called Maaneet. Geet-Hui sabse parayi that started off as a show on honor skilling and subsequently went on to become one of the most sought after love stories on the cyber space has a very strong background music to its credit.
Rangmunch.TV caught up with Raju Singh the voice behind Mahi as well as the man who single handedly has composed all the mesmerising tunes of this hit series. As the show is drawing close to an end, the composer is now all set to release a finale version of Maahi as a tribute to all his fans. Here is a little story about how it all began. Over to Raju Singh.
Raju Singh: I have known Gul Khan (Producer 4Lion Films) from the time she was working on Indian Idol. So when she turned Producer with Geet, she approached me, saying they were making a show that was concentrated in Punjab. I took up this project only for Gul and my sentiments towards Punjab(smiles). When I signed up for this show, I went up to my grand mother to let her know I was working something with a Punjabi backdrop. She in fact also told me about the plight of the women, who go through similar incidents and the subsequent trauma. That was sufficient enough background for me to do my home work. We decided that the music should be such that it would convey the pulse and emotions without any words.  That’s how we went about creating this tune.
http://www.youtube.com/get_player
The Birth of the Musical Saga:
Gul has a very massy commercial music sense. I call her the Mandolin girl because she wants it in all her tunes, she asks me Raju, Mandolin daal rahey ho na? I just love the way she explains and reacts to my compositions. It is like instant feedback. During Geet, she would sit here listen to me play the music and suddenly react by the snap of finger and go- yes this works! It helped me to not get side tracked from the main theme.

The first  promo had a black backdrop with just Geet written on it. If the music also could manage to convey the same we knew we would be set. The Creative team of Star One was also very helpful in taking the music into a different sound zone. When you hear the above tune, you can instantly identify with Punjab as the backdrop of the show.
If you hear the music, you will hear na-na-na humming in the background and, we generally do this while composing and there are no lyrics as yet. But with Geet we decided to keep it that way because it gives the placement of words. Sometimes lyrics can’t do justice to every scene. A musical person would say you have used scratches. But it was sounding nice to me and no one complained, hence we went ahead with the same.
A lot of times people are happy with the music they have heard before. But here Gul deserves a lot of credit. She picked up the stuff that was not only unconventional but also intense. If you have heard this tune, you will know what I mean.
The tuning between us was such that, we were on the same page always. I didn’t give her ten options, but what I made is what she liked. We would sit together and compose and it would fall in place.
The Meloncholy of Geet:

Raju Singh: The composition of this raag had almost gotten emotional when it was first made. It made me cry, and that’s why I decided to use it. I have sat down to compose these themes at night because that is when it is all peaceful and calm. I know what this kind of music does to me. I felt I must give what I experience when I hear such music to viewers as well.

Tune 3: Maan Singh Khurana’s Entry
http://www.youtube.com/get_player
Raju Singh: When Gul explained the character of Maan to me, I took down notes. Music is like clothes. You identify the character of a person by the background music that is played on the person. So, we had to design his music according to his moods, his temperment and the attitude he carries. The first tune where he is introduced saving Geet, the music had to have an intense feel to it without losing the Punjabi essence in it.

Every character has certain set boundaries, and when you keep that in mind it is easier for you to work around the same. We did Maan’s music in various scenarios. Initially we felt the scene where Maan is shown coming out of the water was too western, but when that very score worked, we decided to keep it.

His re-entry in the office had to have another feel as he was being re-introduced in another avatar, so we composed a tune that would go with that as well.
The Birth of Mahi:
http://www.youtube.com/get_player
Raju Singh: Every character on a show has his or her own signature music. That is how you identify with a character. If you were to watch a scene without the background music, it would look and sound very different. The other tunes we had composed for the story had no words. I felt there was a need for something that people could catch onto every time they saw Maan and Geet come on screen. 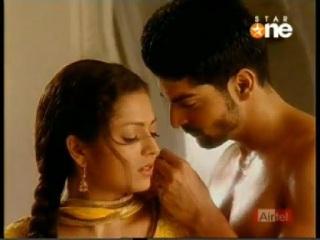 That is why I decided to put Mahi and give their track another dimension. Even when a tune is playing, you think of the lyrics. We relate to songs through words. I felt even if it’s a word, it would work wonders. That is what has worked and this is where we are. We have used Rabba for Iss Pyar Ko Kya Naam Doon and now I am running out of words. ( laughs)


Raju Singh’s Message to his fans on GEET:


Drop by drop makes an ocean, and now you know, that every bit of the show you watched and loved in the last year and a half had its contribution from every end! Now go back,  try and thinking of watching all those lovely moments and sequences without a decibel of music. Would it have been the same? You have your answer. Rangmunch.TV would like to thank Raju Singh for sharing his journey on Geet-Hui Sabse Parayi with us! So we part for now, until we meet again very soon!
Edited by:
Niharika Vidya Sagar
Interviewed by:
Niharika Vidya Sagar
Swati Ghosh
12 Comments